Thank you for attending our Community Night Iftar!

Thank you for attending our Community Night Iftar!

Thank you for attending our special Community Night Iftar on Thursday, June 7. The enriching evening included breaking our fast together, taking part in prayer as a community, and listening to our guest speaker, Ustadh Abdul Sattar Ahmed, give an inspiring lecture on living a life of spirituality.

In his lecture, Ustadh Abdul Sattar shared a hadith about when the angel Jibreel asked the Prophet Muhammad (s) to tell him about Ihsaan. The Prophet (s) replied by explaining that Ihsaan is to worship Allah (swt) as if you see Him (swt), and if you cannot do that, to at least be aware that He (swt) sees you. [Narrated Abu Huraira]

We thank you again for sharing a special evening with us and may Allah (swt) help us continue to strive for excellence in our lives and in His name. Ameen.

See photos from this event! 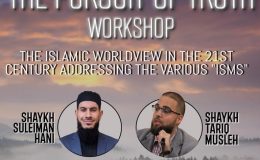 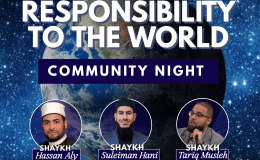 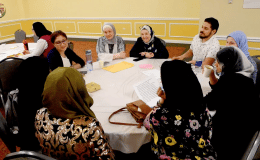 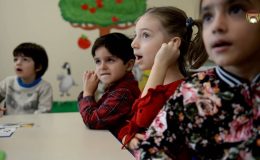 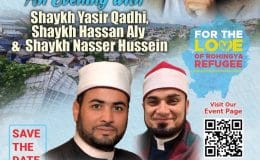