Hijra: A Journey of Hope, Passion, and Beauty

Hijra: A Journey of Hope, Passion, and Beauty

Allah (swt) gave the order to Prophet Muhammad (pbuh) to migrate from Makkah to Madina once the persecution of the Muslims by the Quraysh became unbearable. The Prophet Muhammad (pbuh) and his companion Abu Bakr left during the darkness of the night. As we read in the Seerah, however, the Prophet Muhammad (pbuh) did not just leave at random, without any sort of planning or preparation. Rather, he planned the journey before its beginning. He took great care to organize and plan everything so that it may be ready for execution. We can see this in the following examples:

As we see, the Prophet Muhammad (pbuh), although he was a prophet of Allah (swt) and knew Allah (swt) would protect him, knew he had to do his part. Once he did so, the rest was in Allah’s (swt) hands. That is true trust in Allah (swt). One must do his part no matter what, and have faith in Allah (swt) about the outcome. However, today, the Ummah pretends to practice Tawakul, while we are in a state of chaos and anarchy. The result of which is weakness. We, as a Muslim Community, need to rediscover our religion and truly know Islam. We must rectify ourselves and fix our behavior and attitudes.

Youth Role: The youth played an important role in aiding Rasul’Allah (swt) on his journey. Youth such as Abdullah bin Abi Bakr, Amer Ibn Fohairah, all worked in secret and with unshakable dedication. Of course, Ali bin Abi Talib, known as the greatest and most courage soldier, as a young man did not waver in his aid and dedication to his beloved Prophet and cousin (pbuh). The youth are the future of the Muslim Ummah. The success of the Ummah lies on their shoulders. That is why the Prophet took great care to nurture and mentor them. He even listened to their opinions on many matters.

Role of Women: One woman who stands out during the Hijrah is Asma Bin Abi Bakr. She was the one who delivered food to the prophet and her father while they stayed in the cave. Asma said: “When Abu Baker went with Al-Rassul (pbuh) for migration, he took all his money with him and left nothing to his family. Her grandfather, who was blind, asked her if Abu Baker left any money for his family in the house. She brought a bag of small rocks and put them at the same place where Abu Baker used to put his money and she asked her grandfather to feel the money in order to give him peace of mind and tranquility. This displays her wisdom and intelligence. She displayed courage in the face of danger and never wavered. Masha’Allah (swt).

My dear Brothers and Sisters, it is important to understand this concept of Tawakul, trust in Allah (swt); while, at the same time, we must do our parts. We can see this important and valuable lesson all throughout the life of our beloved Prophet (pbuh), but, very much so during his Hijrah. We must learn from this. Through this we can solve all our problems, and, insha’Allah (swt), become a successful community. Wa Allah ‘Alam. 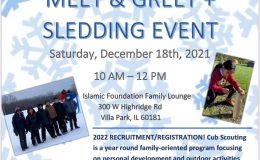 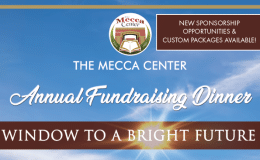 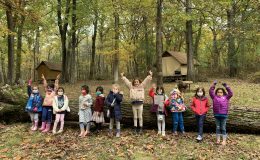 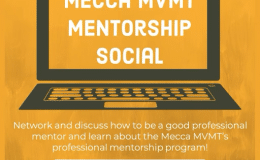